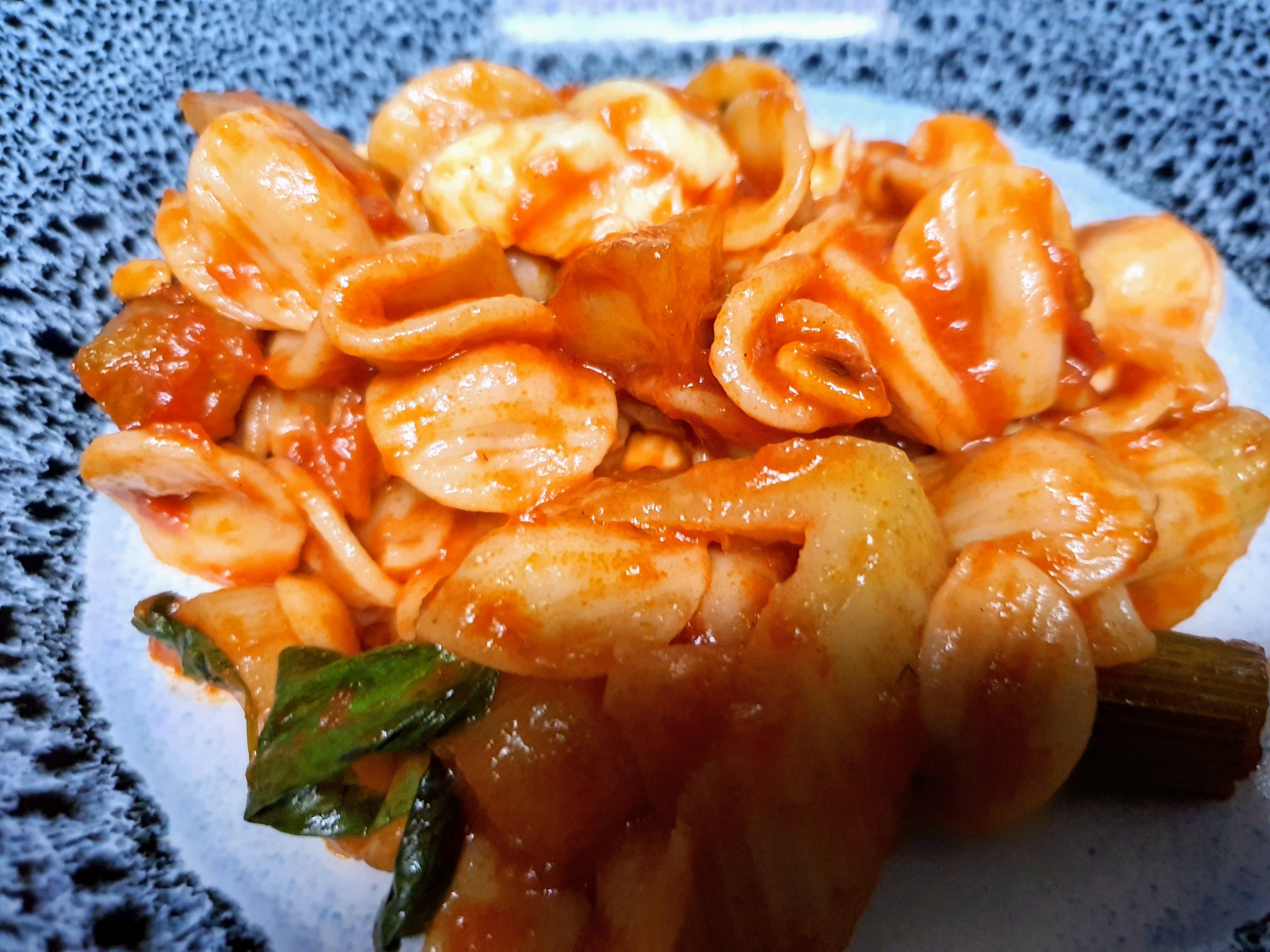 One of my favourite features of the Thermomix TM6 is the easy access to Cookidoo.  Coming from the dark ages of the Thermomix TM31 and slightly dull TM31 cookbooks, Cookidoo was like a light in the darkness.  I had planned on cooking a pasta dish for dinner tonight as I wanted something quick and simple for my first day back at work.  On the weekend, I bought a couple of beautiful fennel bulbs but had not worked out what to do with them.  A brainwave struck and I did a search on “fennel pasta” on Cookidoo.  One of the first recipes that appeared was Pasta with Fennel and Tomato.

Looking through the ingredient list, I realised that the only ingredient that I was missing was the bocconcini.  A quick trip at lunchtime to the grocery store remedied that.  I made the decision to substitute orecchiette pasta for the penne pasta in the recipe as I already had a packet of that in my pantry.

The recipe was very easy to make and very tasty.  I would probably cut the fennel closer to the 2cm size rather than 3cm.  Some of the larger pieces were a little too firm for some of my family’s taste.

I made the decision to rinse the pasta in hot water after draining.  Most chefs recommend NOT rinsing pasta after cooking as the starch assists the sauce to stick to the pasta.  The brand of orecchiette pasta that I had, was very gluggy after cooking.  The penne that I used for the Carbonara Pasta had considerably less residual starch.  Normally I would only rinse pasta that is to be used in a cold salad.