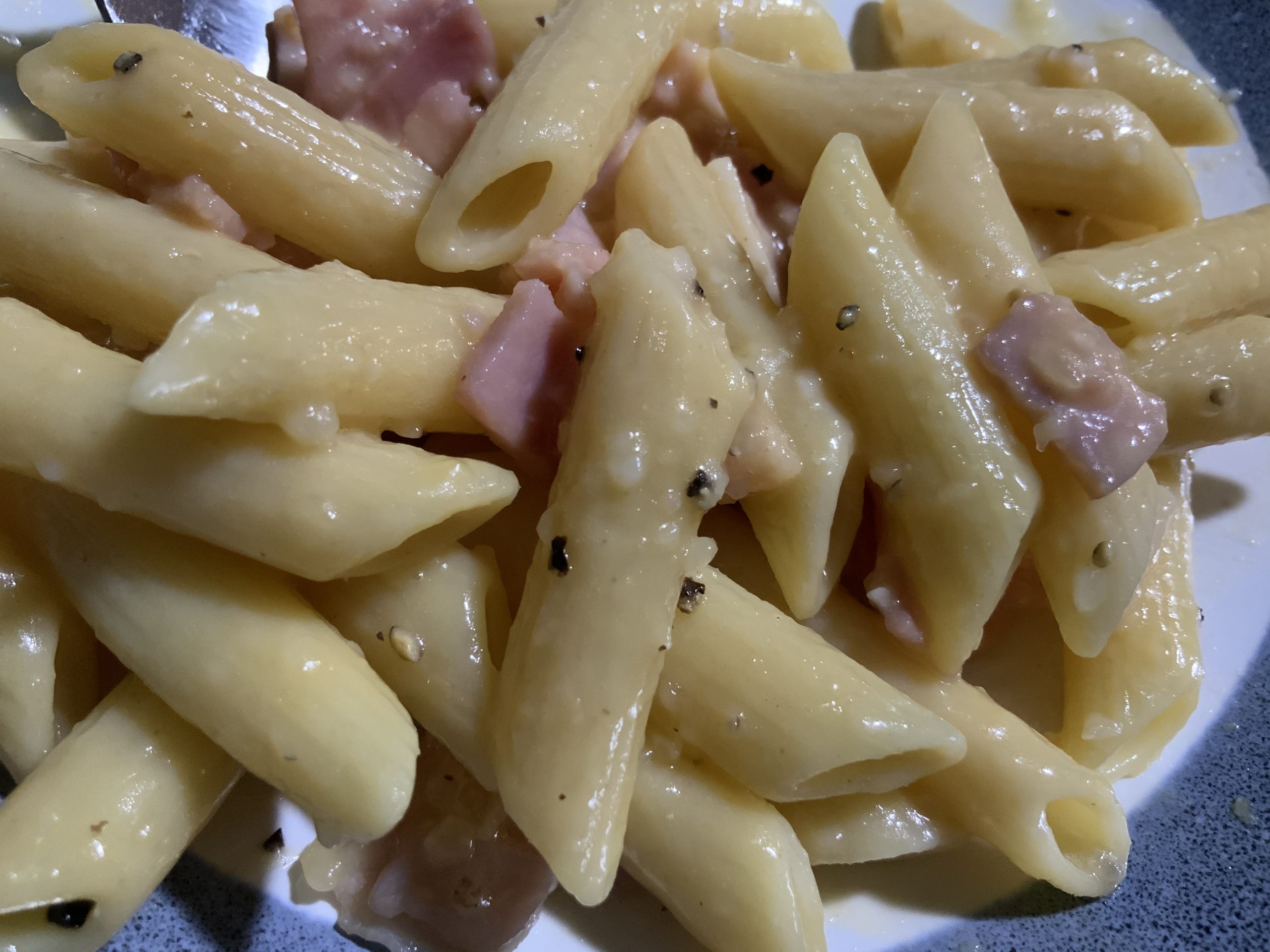 We had a guest for dinner tonight who is not a fan of spicy food.  Pasta with Carbonara Sauce was a safe bet for an acceptable dish.  The recipe on Cookidoo Spaghetti Carbonara obviously calls for Spaghetti as the pasta component of the dish.  Since I had some penne already open and wanted to use it up, we had Penne Carbonara.

The recipe originally serves four, but can easily be doubled. Tonight I used 500g of penne, increased the water volume to 1400g and used 5 eggs instead of the 3 eggs in the original recipe.  I also increased the cheese to 120g total weight and used 250g of middle bacon.