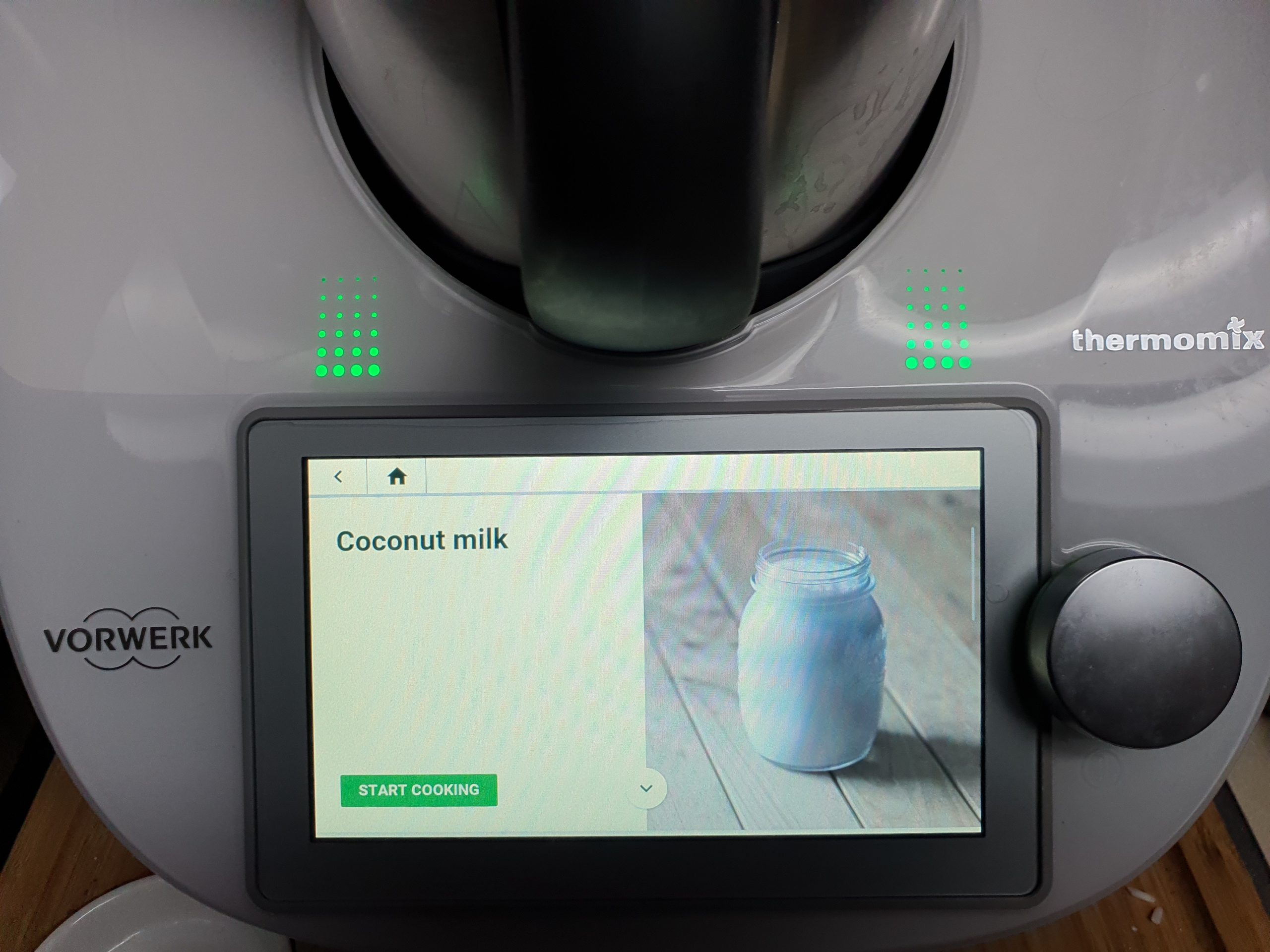 Tonight I needed coconut milk to make a marinade for the Malay-Style Chicken Curry that I am cooking for dinner tomorrow night. The recipe calls for 270g of coconut milk so I was able to use the guided recipe for Coconut Milk from Cookidoo and just reduce the quantities. I dividedthe ingredients by 3 to reduce the final amount from approximately 975g to around 300g.

I didn’t worry about washing the Thermomix Jug after making the coconut milk as I was going to be making the marinade almost immediately for chicken. The coconut milk needs to be drained through a cloth or nut milk bag. It needs to be a fairly tightly woven cloth and sturdy enough to allow for the pulp to be squeezed tightly. The left over pulp can be frozen or dried to be reused for baking, to make coconut flour, thicken smoothies etc. A google search will come up with lots of websites with suggestions….like this site.

While it doesn’t look like there is much of a cost saving making your own organic coconut milk, you have the bonus of the coconut pulp which you can repurpose for flour, etc. I am dehydrating the left over pulp tonight at 40C, for 10 hours and tomorrow will blitz it in the Thermomix to make coconut flour.

One thought on “Thermomix Coconut Milk”